We use cookies to ensure that we give you the best experience on our website. If you continue to use this site we will assume that you are happy with it.Ok
MENUMENU

Bad sleep is an issue for many people. In fact, a study showed that two-thirds (67%) of UK adults suffer from disrupted sleep and nearly a quarter (23%) manage no more than five hours of sleep each night.

Sleep also changes as we age in terms of quantity and quality. In general, good sleep becomes harder to achieve the older you get – with many people’s sleep becoming lighter and more disruptive with more wake-ups during the night. It’s also a myth that older people need less sleep than the young. In fact, The National Sleep Foundation guidelines advise that those over the age of 65 should get seven to eight hours of sleep each night. Although for many, this is but a dream.

Why does aging affect sleep?

Many of the changes experienced by older people’s sleep habits are down to changes to their internal body clock, which is linked to the part of the brain called the hypothalamus. The hypothalamus is made up of around 20,000 cells that form the suprachiasmatic nucleus or SCN. This SCN controls our body’s circadian rhythms, which influence many parts of our daily cycle including when we feel hungry, when we release hormones and when we feel tired.

Deterioration of the function of the SCN as people age can disrupt their circadian rhythms, which consequently disrupt their sleep and energy levels too. Exposure to light is one of the most significant cues for regulating circadian rhythms and as many older people get less exposure to daylight due to being inside their homes/care homes, the result is that their rhythms become unstable and unregulated.

Hormones can also play a role in disrupted sleep for older adults. The changes in the body’s production of hormones such as cortisol and melatonin can also affect the coordination of the circadian rhythms too.

Unfortunately, aging is linked to certain physical health conditions including heart disease, diabetes, and osteoarthritis. The link between physical health and sleep is complicated because of factoring in certain additional elements. For example, people can be diagnosed with multiple conditions at the same time, making it hard to determine which condition is affecting sleep.

Also, taking medication can cause side effects that are related to poor sleep. Prescription drugs, as well as over-the-counter drugs, may cause drowsiness during the day or keep people awake during the night depending on their ingredients. Given that almost 40% of adults over the age of 65 take five or more medications simultaneously, again it’s hard to pinpoint the exact source of the problem.

Mental health conditions, such as depression and anxiety, can also play a big part in disrupting sleep. And vice versa, a lack of sleep can play a role in the impact on mental health too. Many people who suffer from depression also suffer from excessive daytime sleepiness and hypersomnia, which is sleeping too much. This in turn disrupts those circadian rhythms again, meaning that during the night they may suffer from broken sleep or an inability to fall asleep.

Pain is a symptom that is often associated with poor sleep and this can become a vicious circle when lack of sleep then exaggerates the pain you are experiencing. Pain can wake people up during the night or make it hard for them to get to sleep in the first place.

Having to wake up in the night to go to the toilet is also a common issue as you age. Night-time urination increases due to physical changes in the urinary system with less production of the antidiuretic hormone that helps you to retain fluid. Muscles in the bladder can also weaken over time, making it harder to hold urine in the bladder.

Restless leg syndrome is also a common complaint for those who struggle to sleep well. It affects a good percentage of older people and causes an urge to move the legs while resting or sleeping. These involuntary movements of the legs and feet can significantly impact sleep as a consequence.

What can be done to improve sleep as you age?

Although some health conditions are genetic, many are due to people’s physical and social environments and lifestyle choices.

Maintaining healthy behaviours, particularly eating a balanced diet, taking part in regular physical activity, and refraining from smoking and drinking alcohol can all contribute to reducing the risk of physical and mental health conditions, which are associated with poor sleep.

Getting as much exposure to natural daylight is also really important to help maintain the body’s natural circadian rhythms. Going outdoors regularly as well as sitting by a window to read or rest will both contribute to better regulation and better sleep.

Certain alternative remedies and behavioural therapies can also help with combatting insomnia and other sleeping difficulties.

If you are suffering from sleep disruption and want to talk it over, I am here to help. I have helped many people to improve their sleep quality and would be happy to hear from you.

You can give me a call on 07787 831 275 for a free consultation or email me at patti.hemmings@hotmail.com and I will email you back as soon as I can. 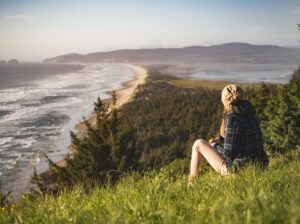 The pursuit of sustainable contentment 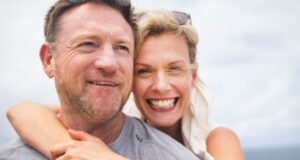 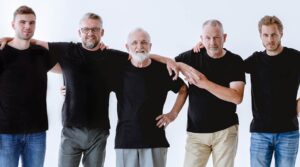 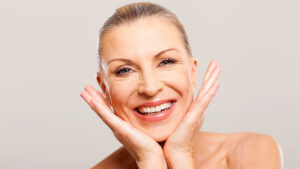 Natural solutions to aid you through the menopause years