We use cookies to ensure that we give you the best experience on our website. If you continue to use this site we will assume that you are happy with it.Ok

Getting you through the hay fever season

Hay fever is an annoying annual condition that affects up to 1 in 5 people in the UK. Its medical name is seasonal rhinitis and it is caused as a reaction when the body makes allergic antibodies to certain substances in the air.

Hay fever affects different people with varying symptoms at different times of the year but it is generally worse in the spring and summer months because of an increase in flower pollen, tree pollen, cut grass and weeds.

If you suffer from persistent seasonal symptoms including itchy eyes, tickling throat, sneezing, headaches, tiredness and blocked sinuses, then you may be suffering from a hay fever allergy. The symptoms are often similar to a common cold, however, they last longer and only appear at certain times of the year.

Over the counter medication

If you are a hay fever sufferer, you can buy antihistamines over the counter in your local pharmacy. Antihistamines come in tablet, spray or liquid form and are fairly inexpensive.

Antihistamines are generally helpful in relieving the majority of symptoms, however, not everyone experiences success with this type of medication, especially those who suffer with severe or persistent hay fever. Also, others prefer not to take this type of medication frequently, and may prefer more natural remedies.

There are some self-help ways of managing your hay fever symptoms, which are found to be really effective too. Wearing sunglasses when outdoors should help to prevent excess pollen getting into your eyes to reduce itching and redness. Also applying a small amount of petroleum jelly in your nostrils can prevent pollen grains being inhaled by trapping them upon entry. However, it should be noted that some people may not be comfortable with using petroleum jelly, as there is evidence to suggest that not all petroleum jelly has been purified enough and therefore leaving potentially carcinogenic substances behind.

Doors and windows should be closed during the day to stop allergens entering your house, but may be opened at night, when levels are generally lower. Also, taking regular showers after spending time outdoors is recommended to remove any pollen from your body, hair and face. Changing and washing your clothes regularly can help too.

Acupuncture is a safe and effective treatment to relieve and prevent hay fever for sufferers.

It has been used in China and other eastern cultures to alleviate the symptoms of allergic reactions for over 2,500 years.

According to Chinese Medicine, allergies to pollen, as well as other allergies are usually caused by an underlying weakness or imbalance in the functioning of the kidneys, lungs or spleen. By inserting fine needles into the channels of energy which run underneath our skin, an acupuncturist can stimulate the body’s own healing response and help restore its natural balance.

Normally, your first course of Acupuncture treatment for hay fever would consist of 1 treatment a week for 6 weeks. After the first session, the benefits would often last 4-5 days but after each successive treatment, the benefits would last longer. After your sixth treatment, it would be usual for you to be symptom free for a whole week, and at this stage you could then start increasing the length of time between treatments starting with a two–week gap.

Most people would then usually soon get to the stage where they only need a maintenance treatment about once a month, or so, to remain symptom free, even when they have experienced hay fever symptoms for many years.

Your progress, however, also depends on your lifestyle habits, stress levels and your own constitution. For example, chronic stress lowers your immunity to disease.

If you are interested in a phone consultation to discuss your hay fever symptoms and how I can help you, then please get in touch by calling me on 07787 831275 or emailing me on patti.hemmings@hotmail.com 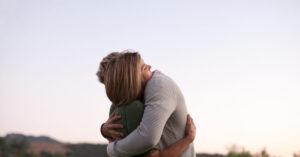 Coping with grief: Part 3: Helping a friend to cope

Coping with grief. Part 2: How can I cope better? 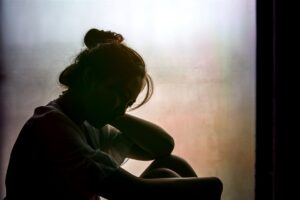 Coping with grief. Part 1: How should I feel? 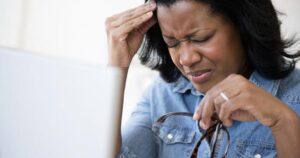 Can acupuncture help with my headaches? 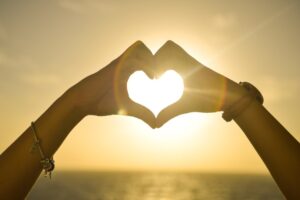 Preparing yourself with positivity: A new way of thinking in 2021